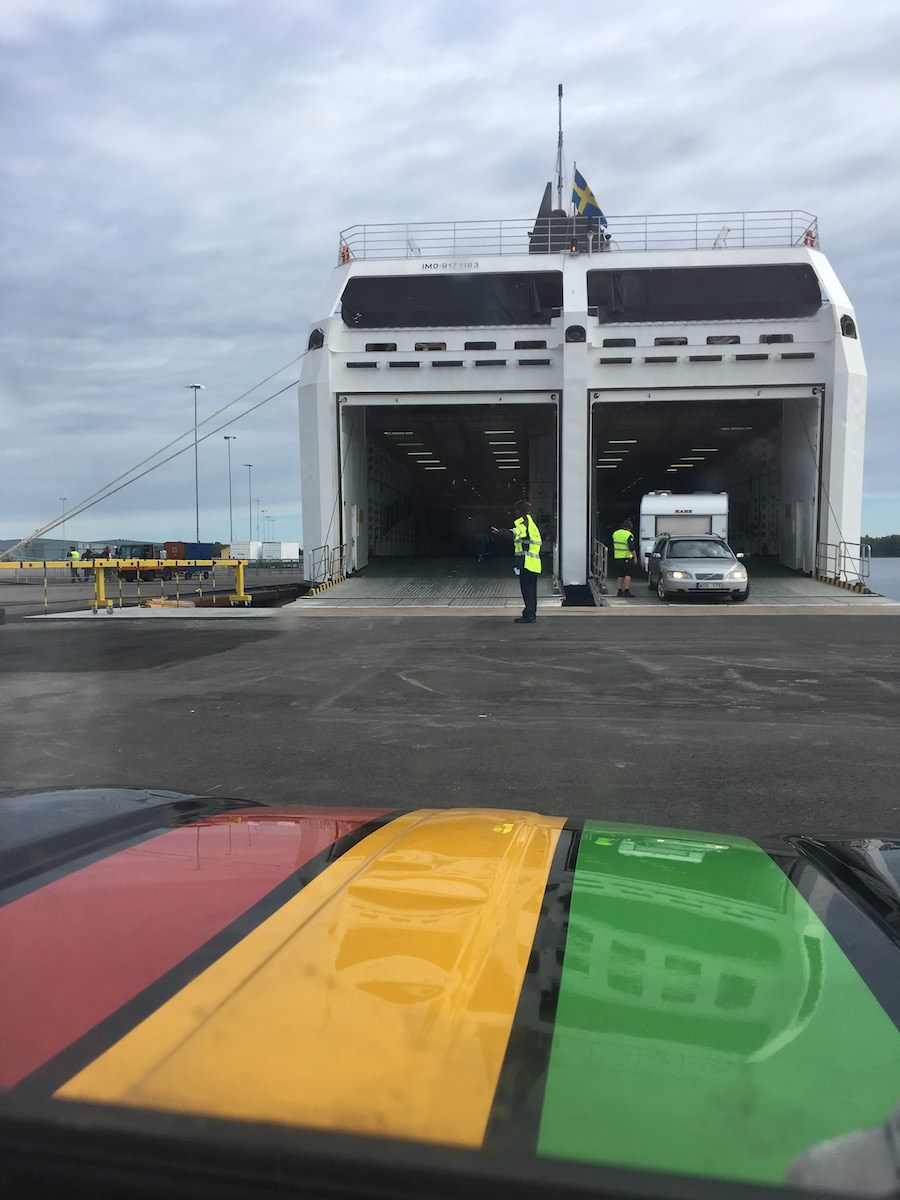 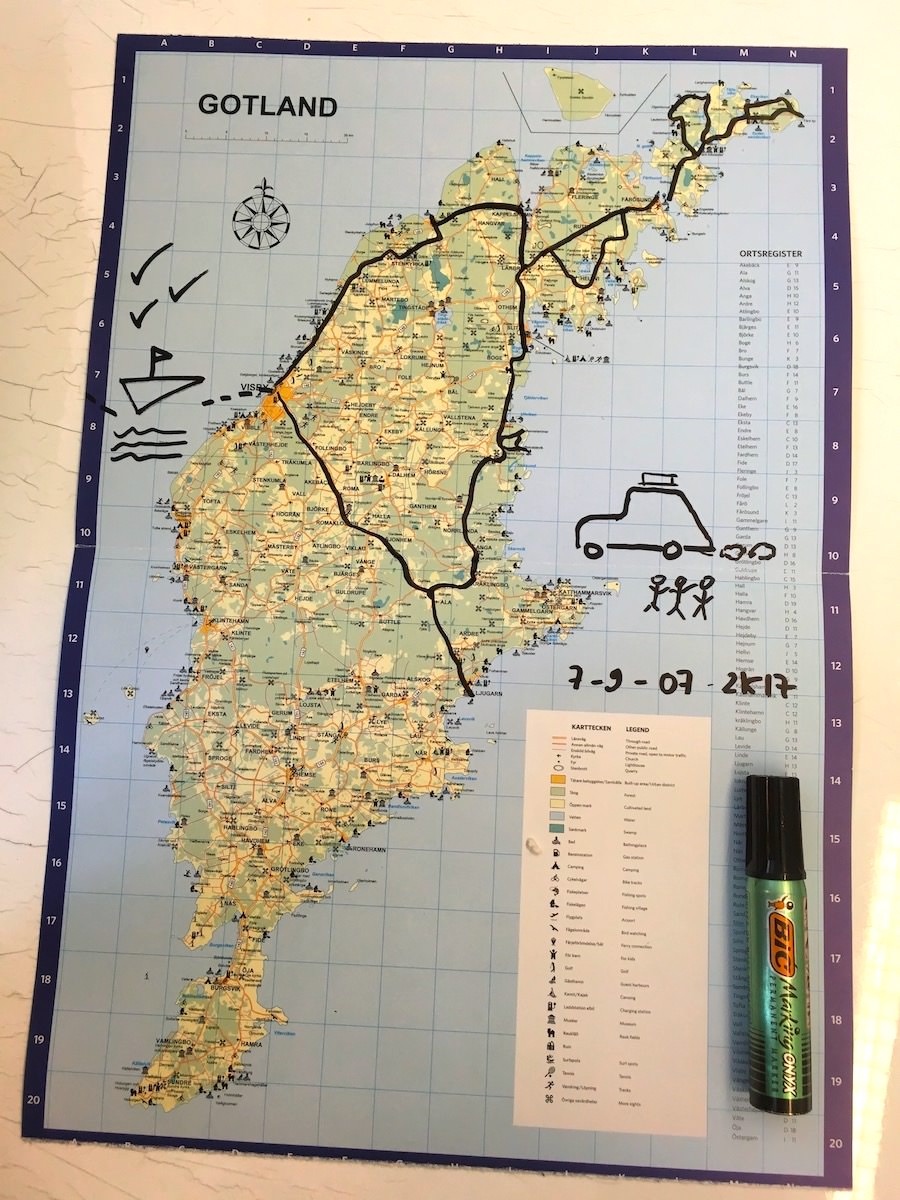 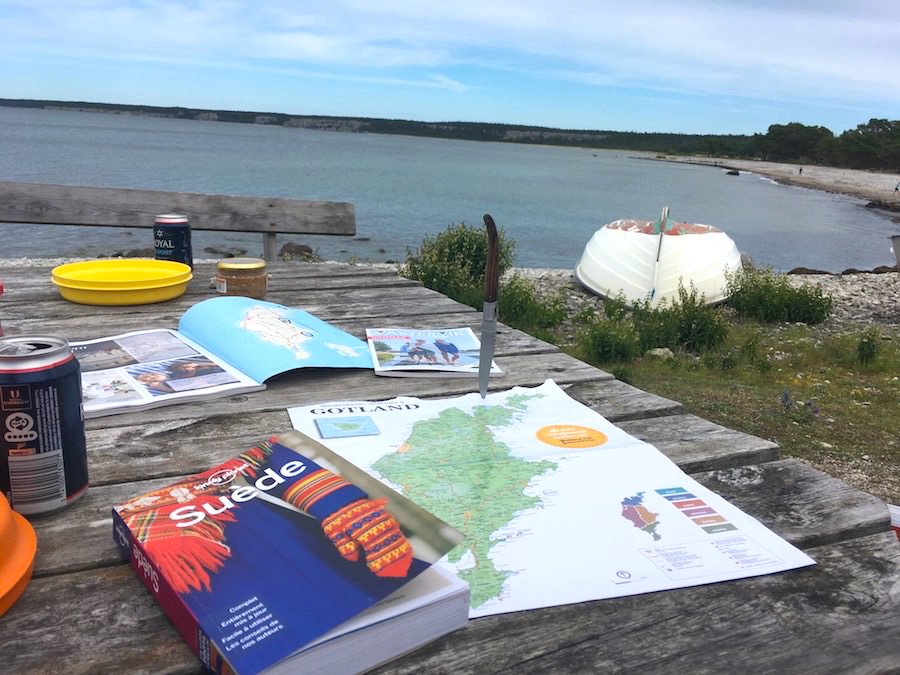 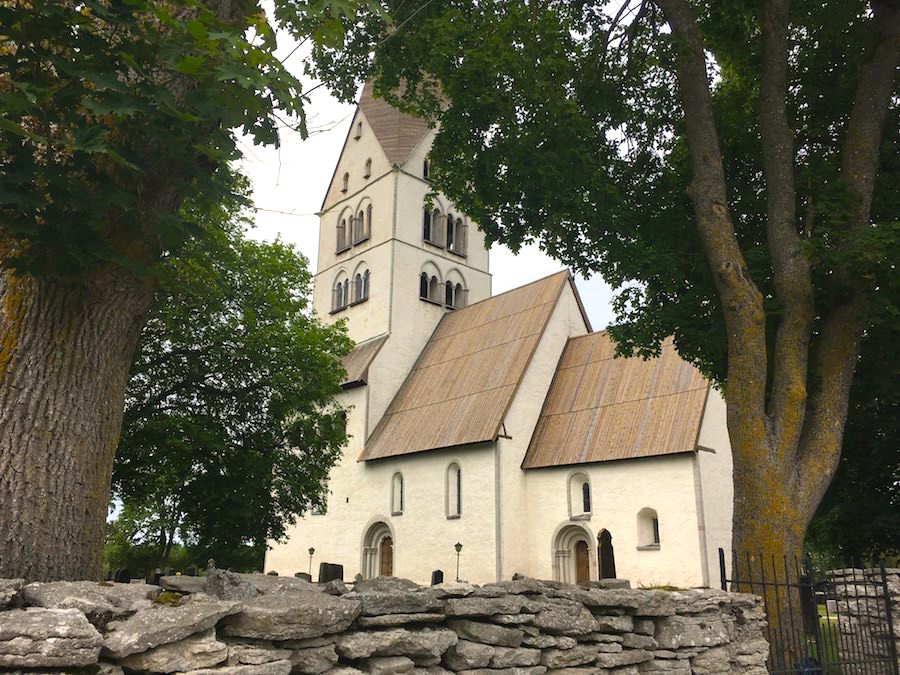 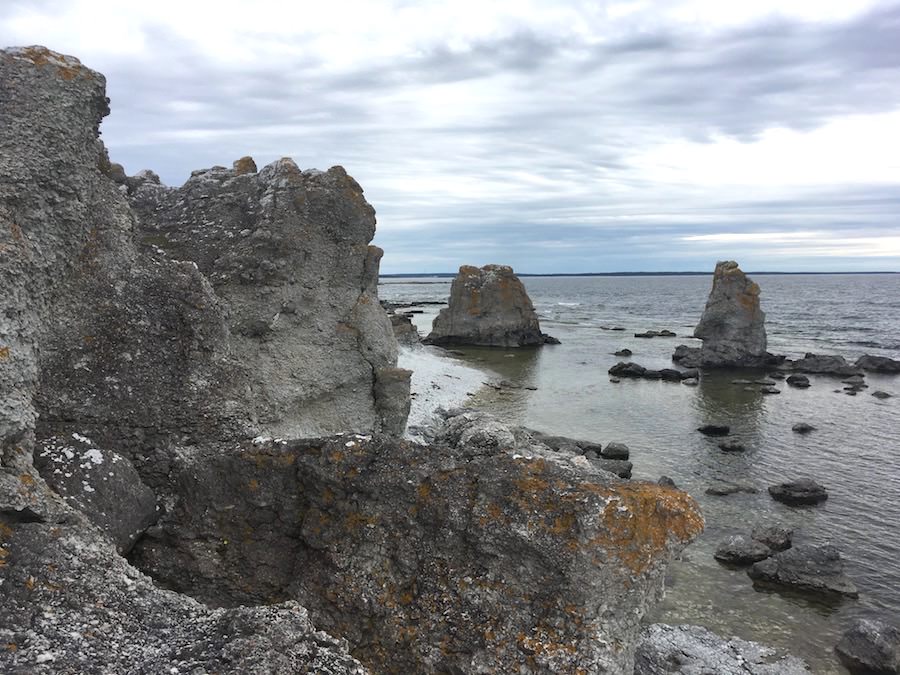 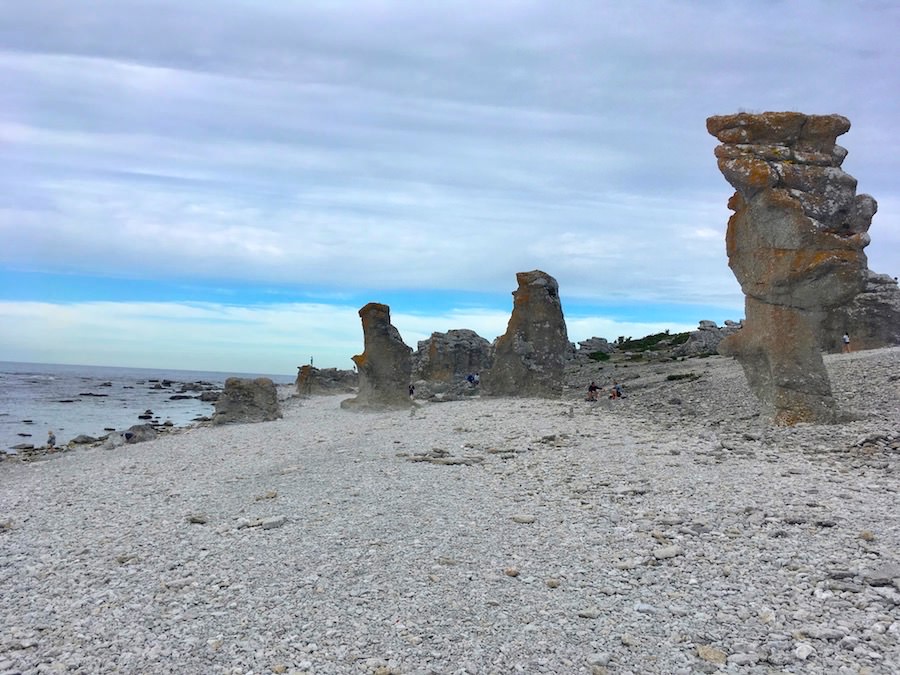 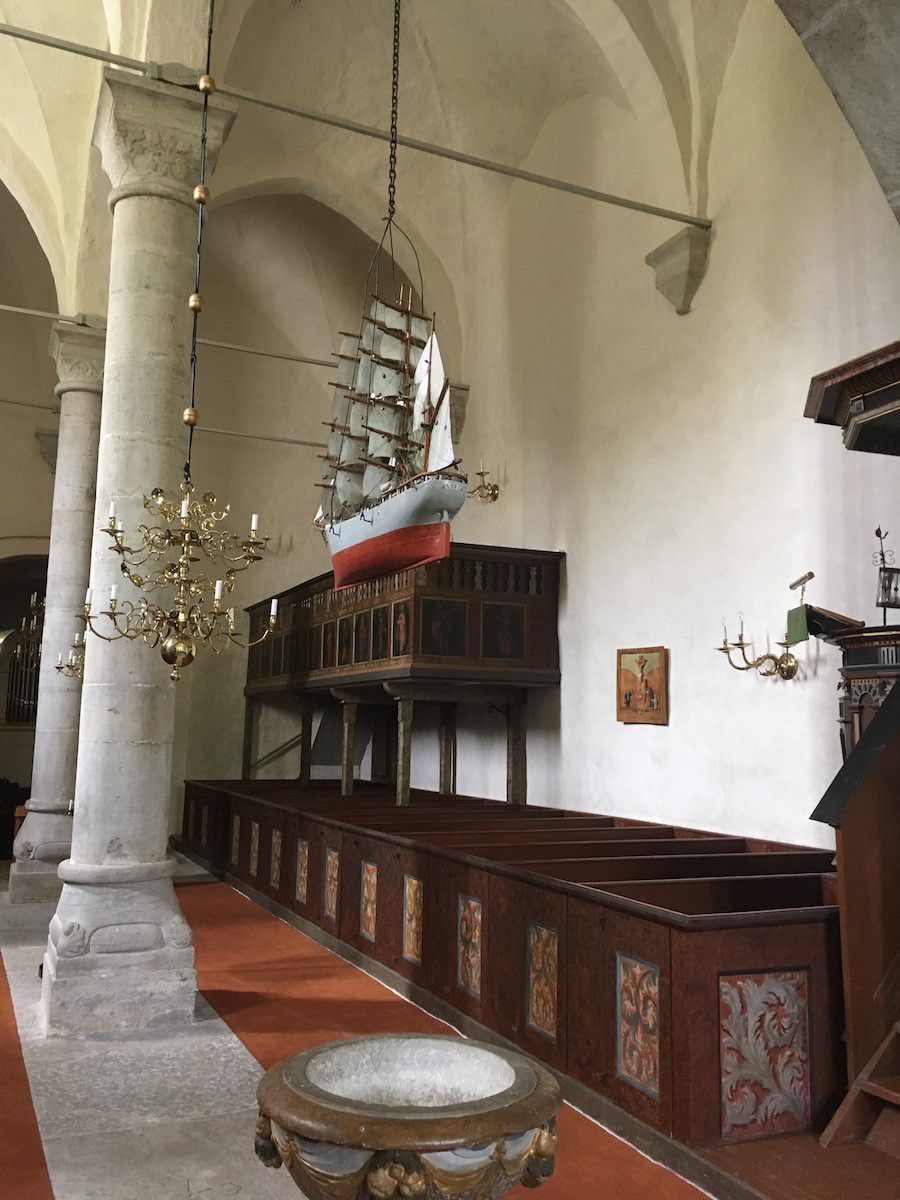 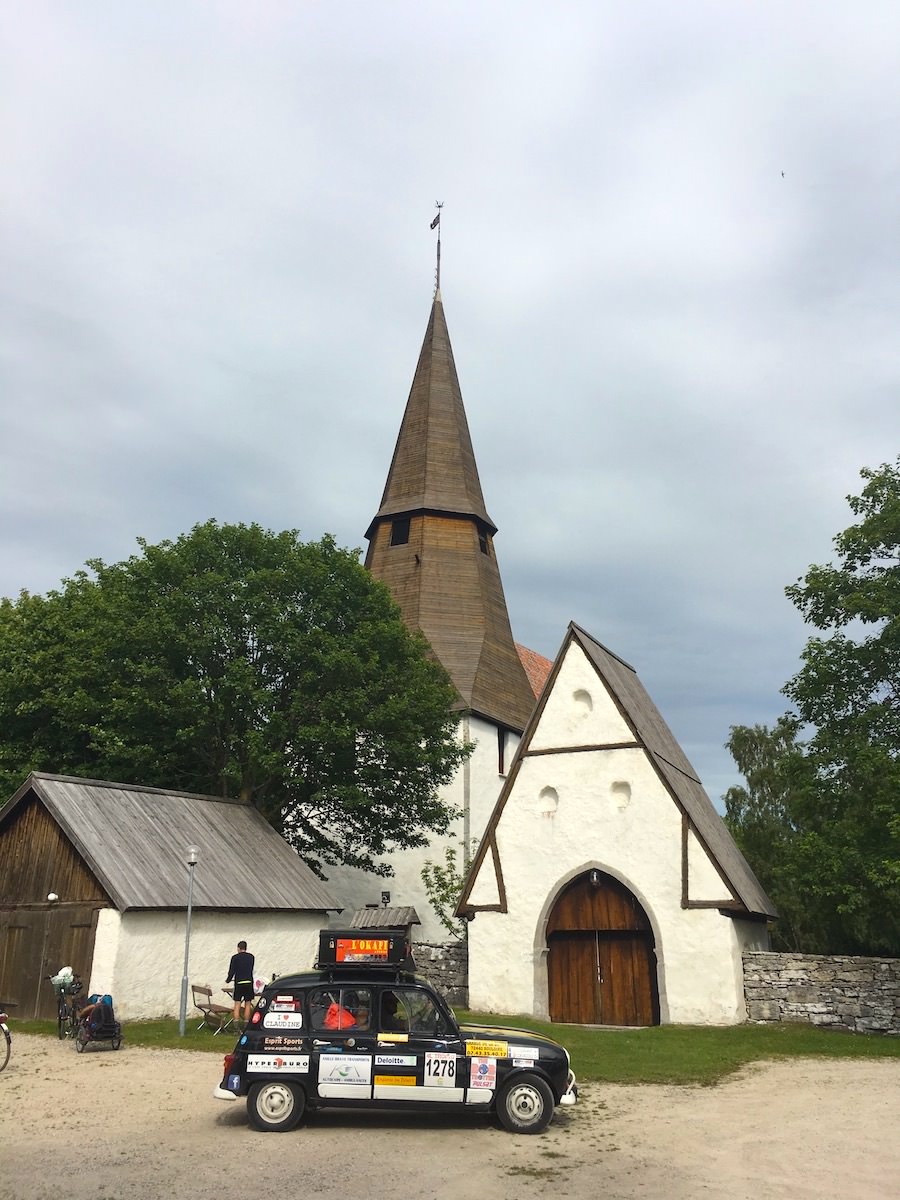 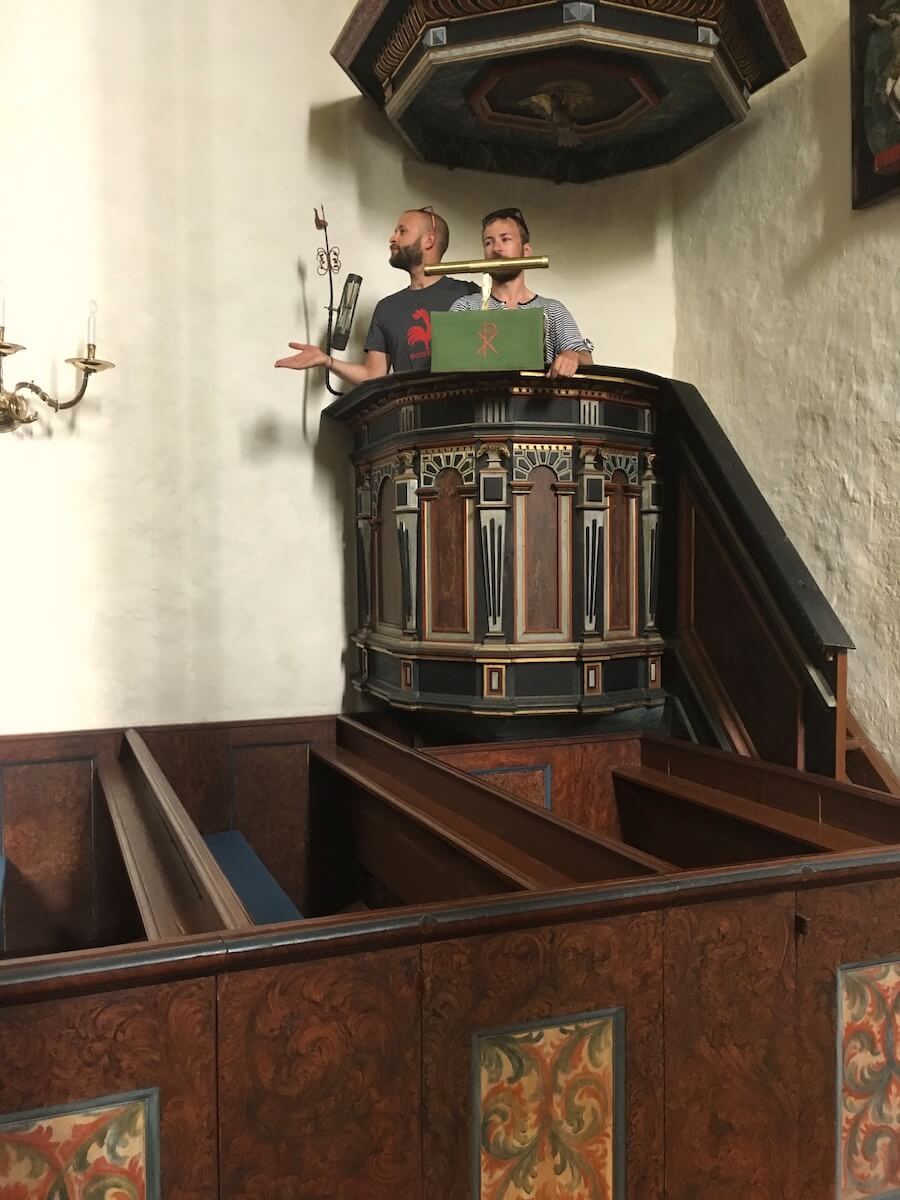 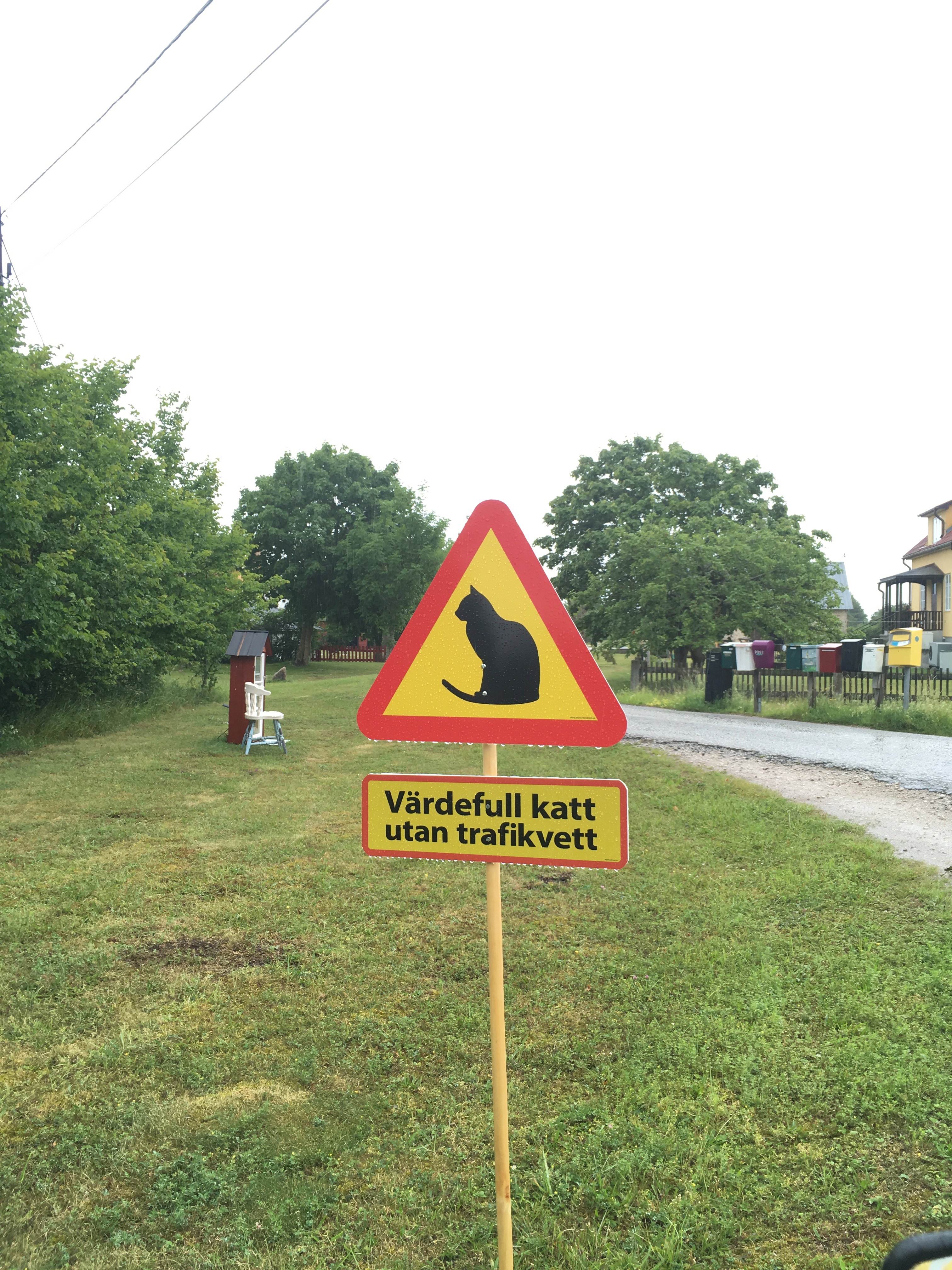 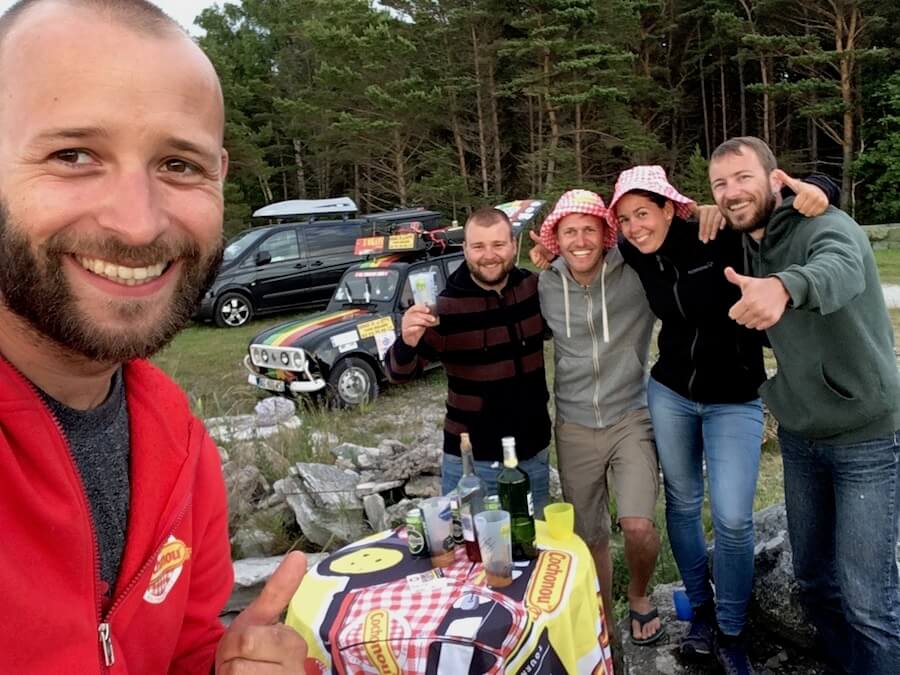 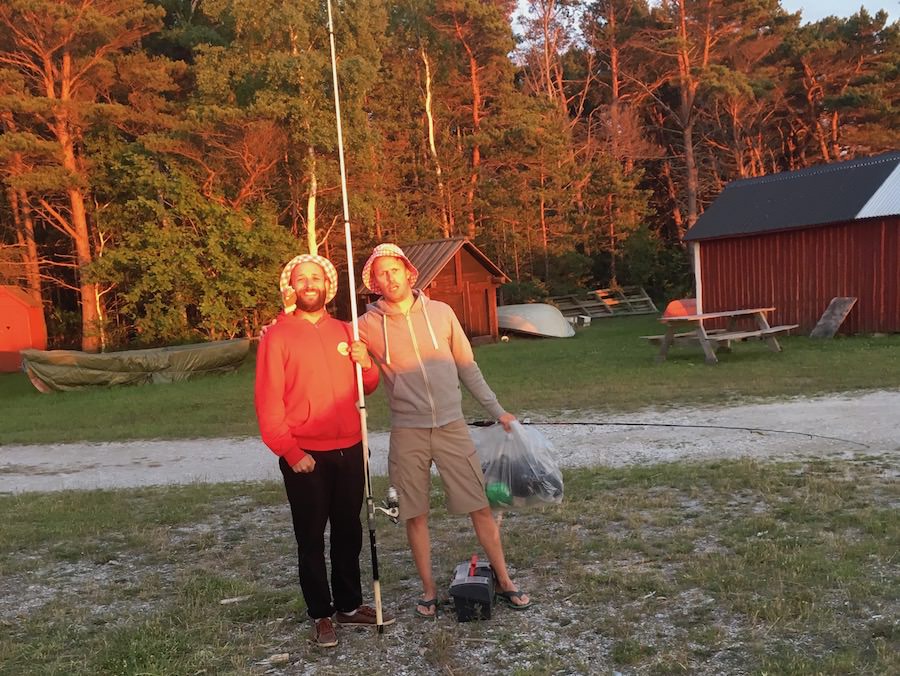 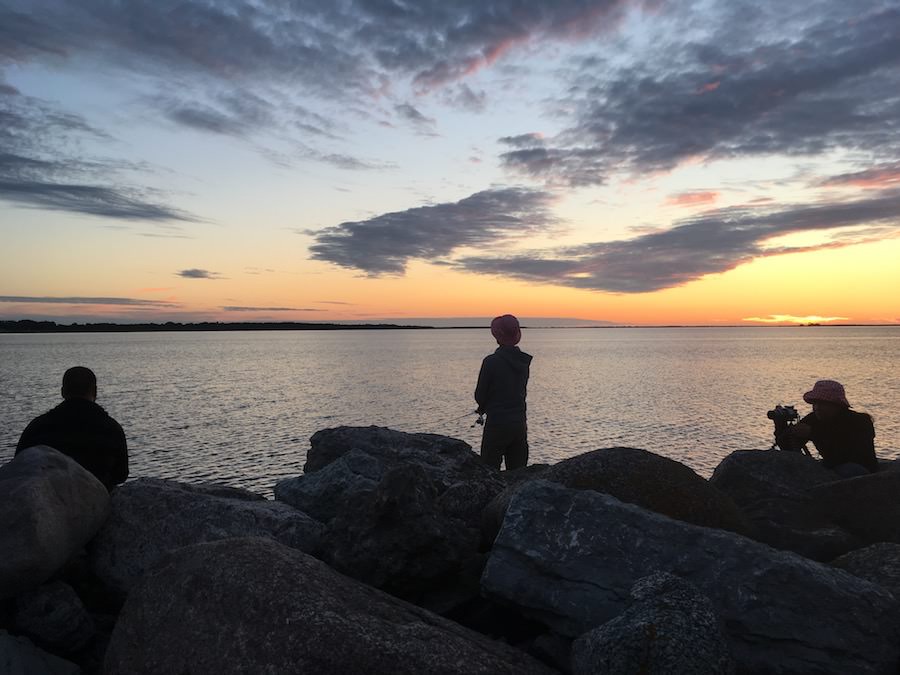 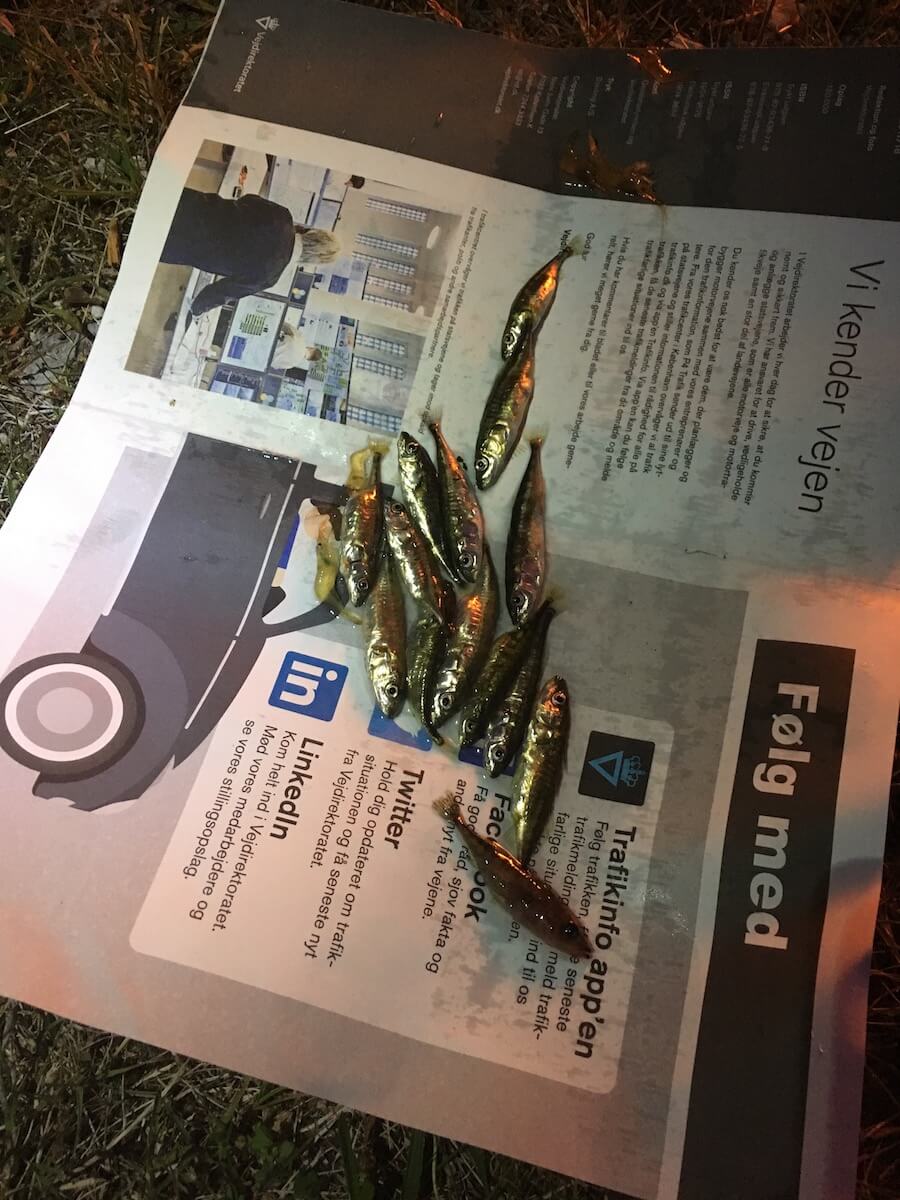 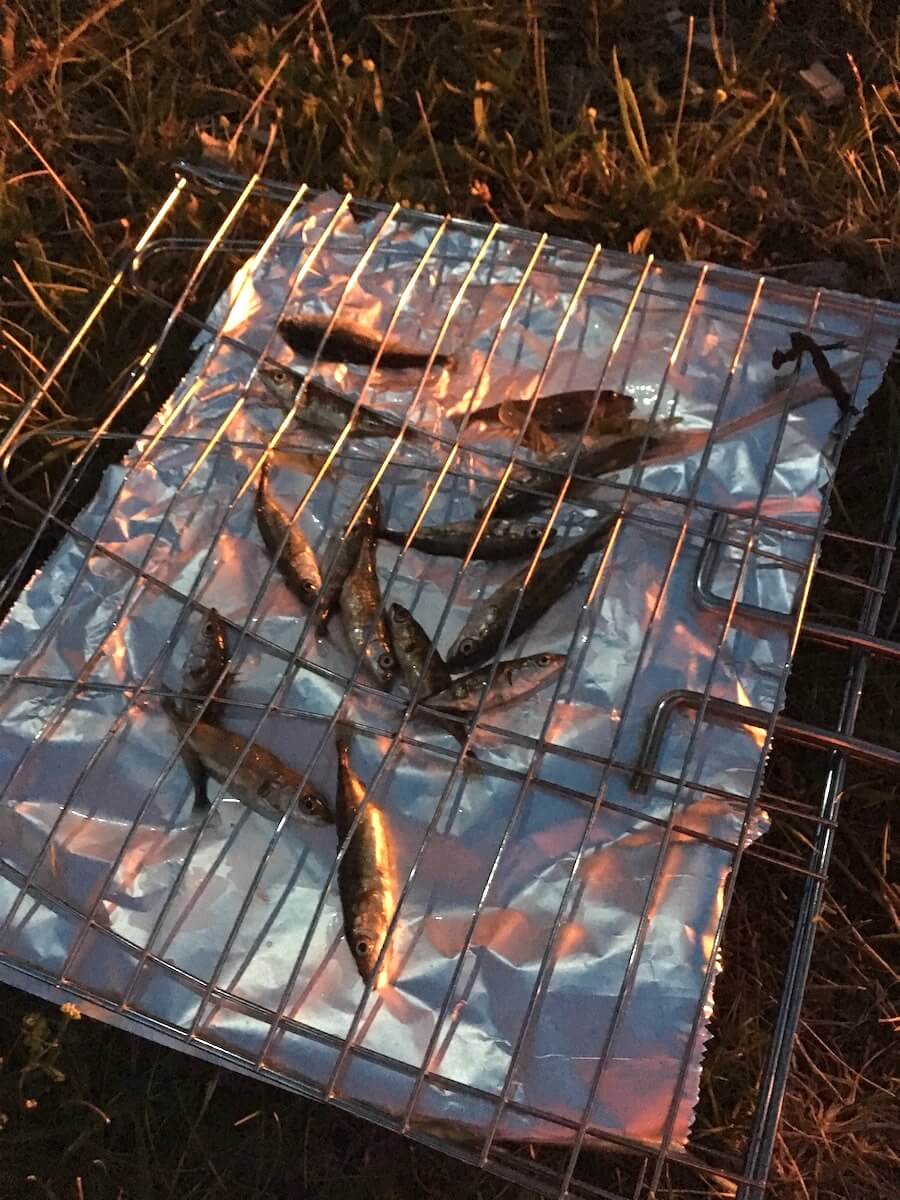 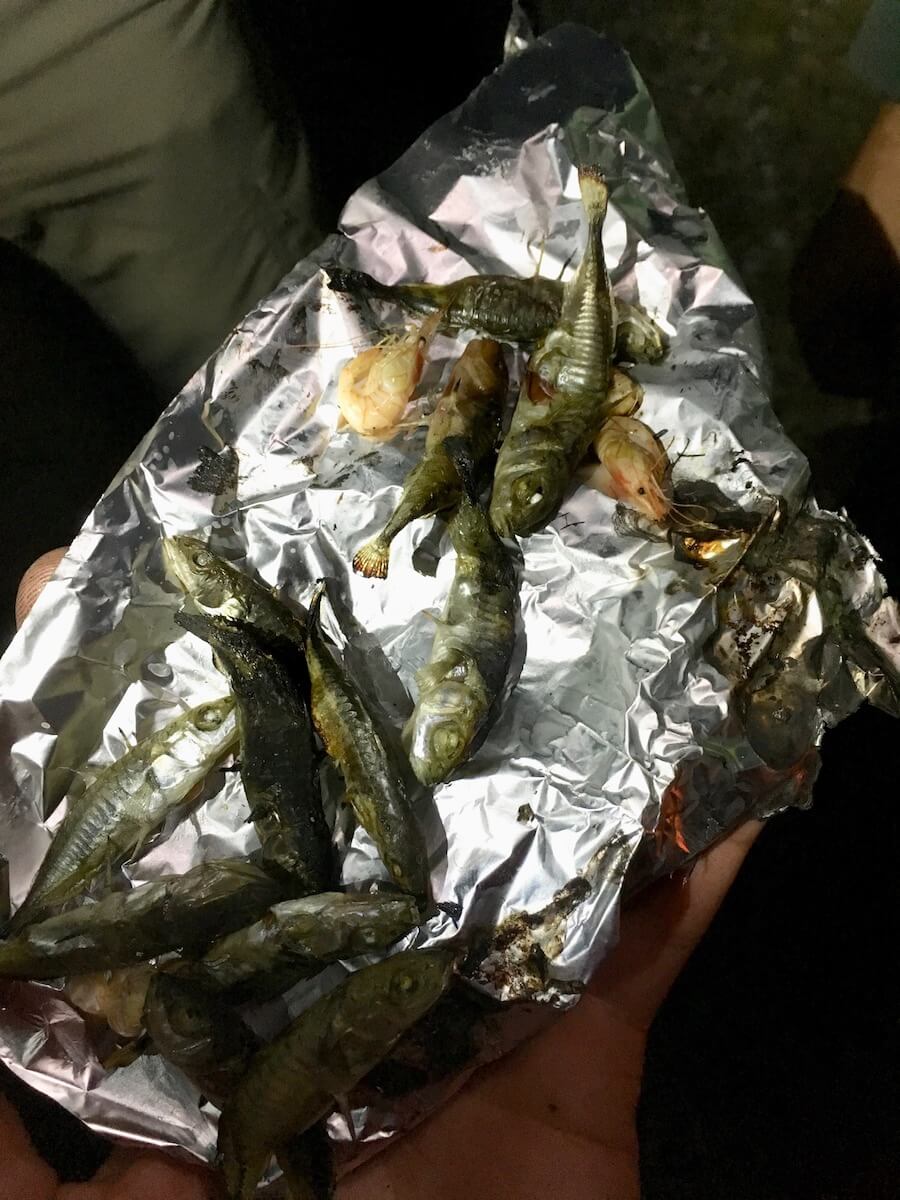 For our first day, we drove on the northwest coast of the island and then took a ferry to Farö Island (7min in average).
On Gotland, we visited several medieval churches and met some pretty mills on our way.
What I had never seen, in all churches we visited, large boats are suspended from the ceiling like a prayer to the sailors of the island.
On Farö, we were watching strange rocks formations spread out over 5 km of the coast and then we were searching a place to sleep close to a lake. Not convinced by the place, we continue to a nice beach from which we are getting off by the landlord.

Few meters further, we found a small spot close to a fishing zone. Next to us is a Switzerland Mercedes Vito (history will tell us that it is called Vitaly).
As it was not so late, we improvised a hand made living room and take out an « apéro » in front of the sea.
It would seem that the bottle noise has stirred the curiosity of our neighbors. 15 minutes later, we meet Marion and Mike, an adorable couple of Swiss people who went on road trip for 6 months with their little truck.
After one or two drinks, we adopted them into the family of Bob-trotters by offering them their first « bob cochonou ».

Mike « The great fisherman » joins us for a spoon fishing. Few months ago, he promised to Marion that she could eat fish every day. The fish party was fruitful, not a touch. But during this time, our 2 lads, Kevin and Just catched some little fish with Mike’s landing net. Because of their talent, that day we eat our first fish!
My mother can be proud, this is the second time that we use her barbecue grill!

This day ends with a copious « apéro » (the Swiss brought the cakes), a superb meeting and the guarantee of a wide margin of progression in terms of fishing. 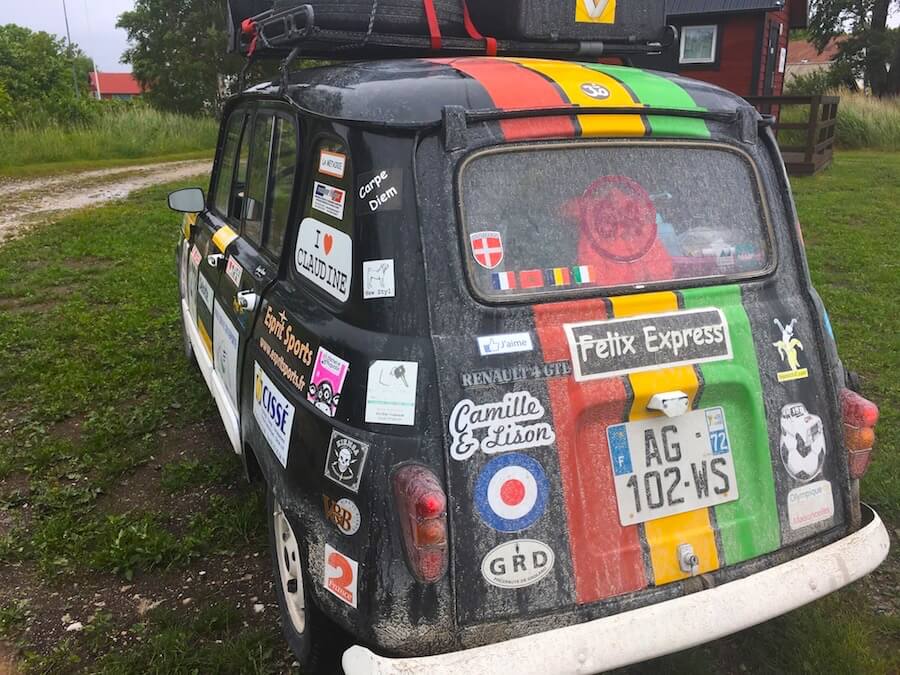 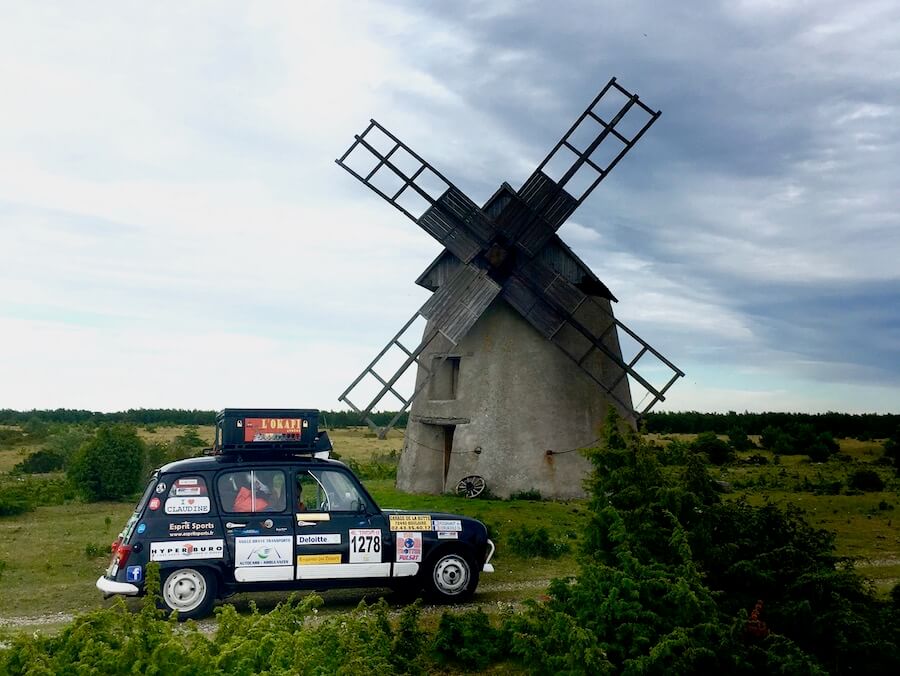 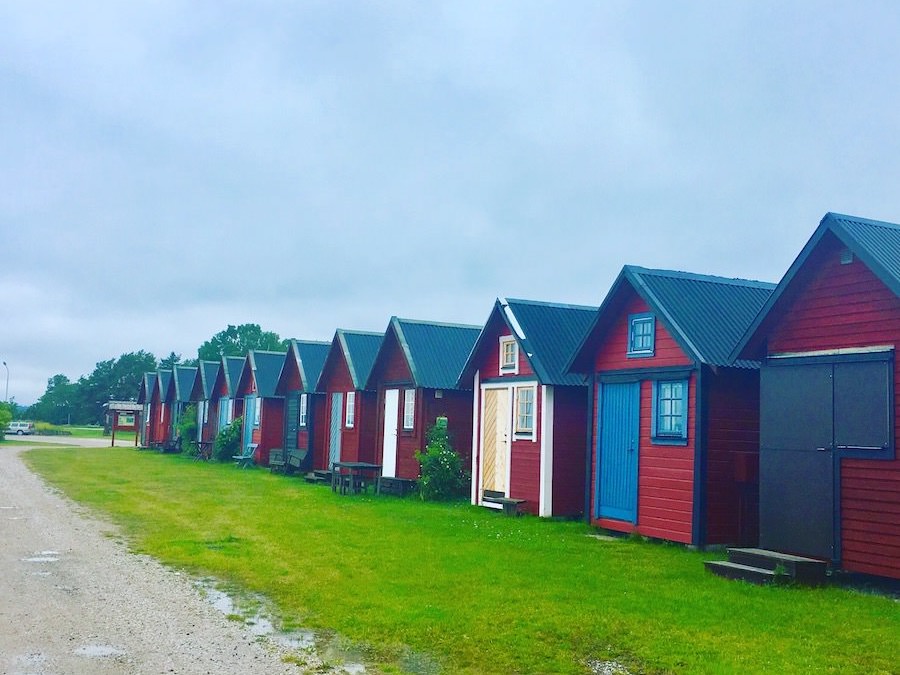 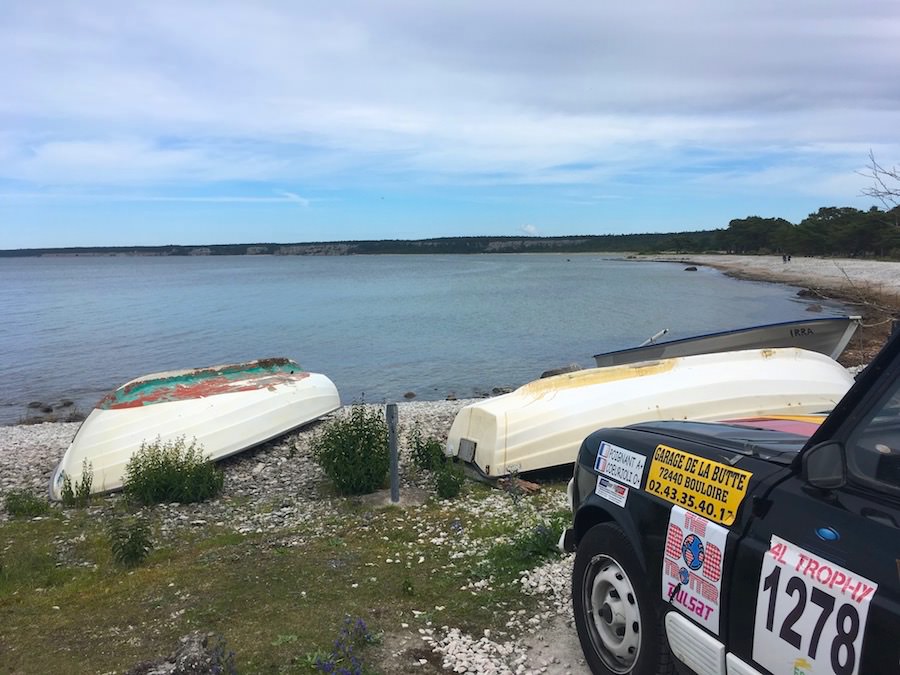 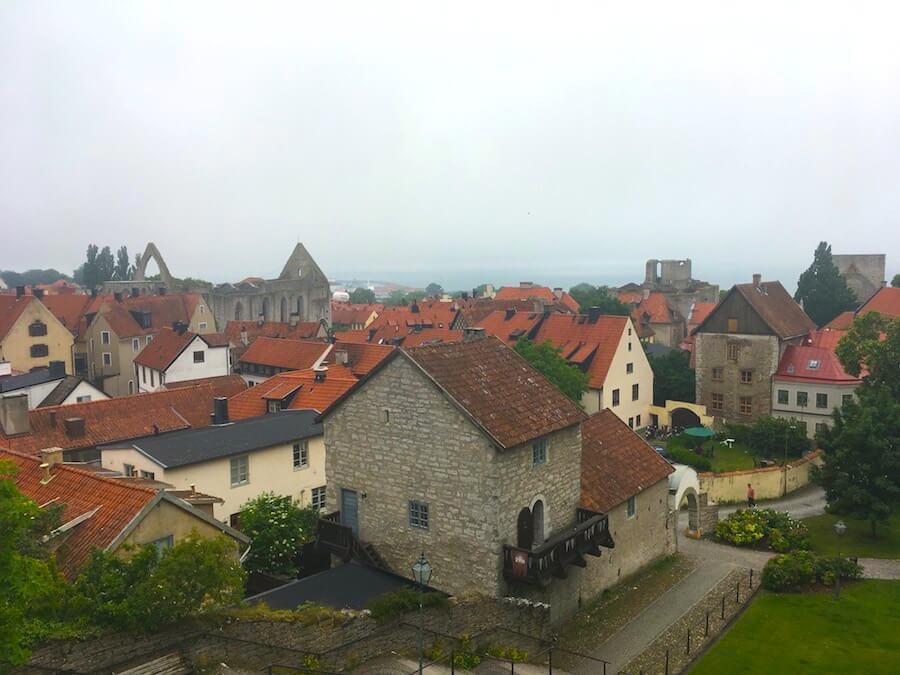 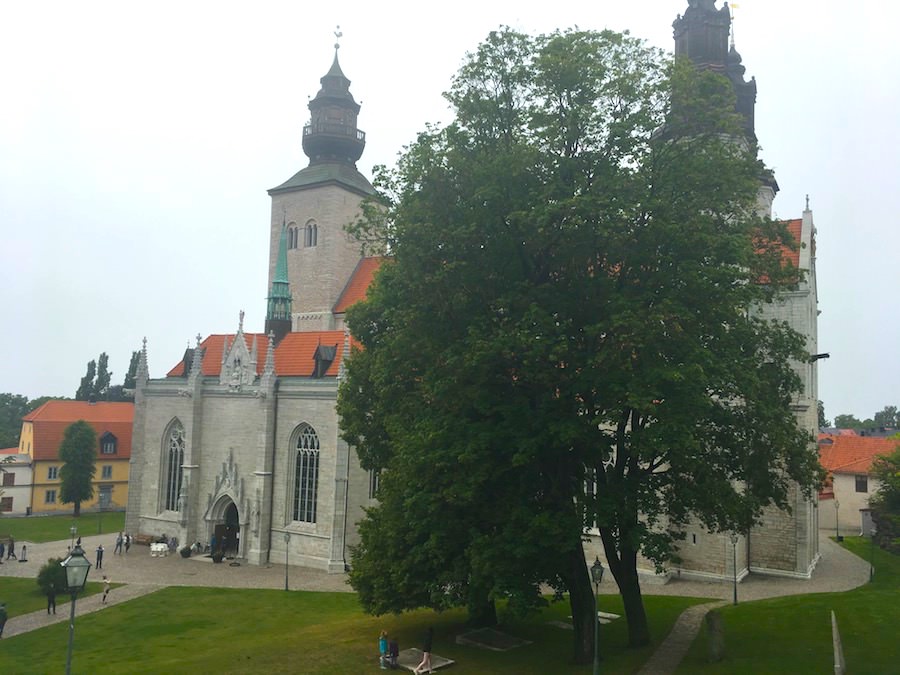 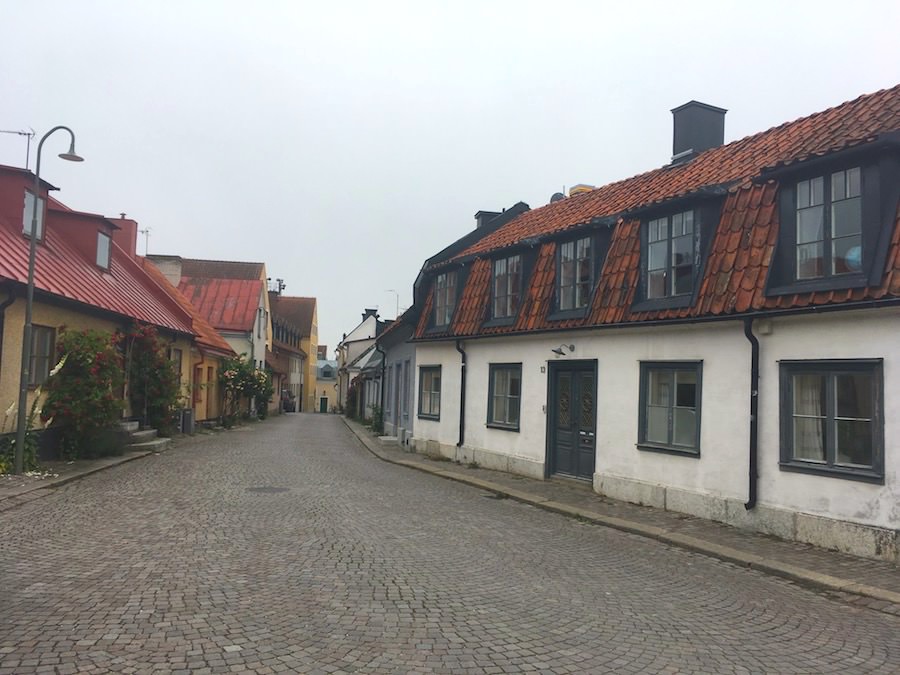 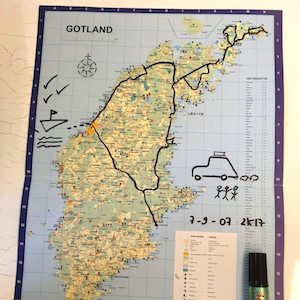